Earlier this week the Trump administration released its FY 2018 census budget proposal to Congress. It wasn’t much better than the so-called “skinny budget” proposal released in April.

President Trump proposes just a $51 million increase in Census Bureau funding for FY 2018. But, next year’s census planning calls for a huge 700,000-household test in three states of the decennial count’s new census-taking techniques relying on the internet and IT to cut costs and provide for a fair and accurate census. It can’t be done by skimping on decennial planning funds.

The chart below shows how decennial planning money was allocated each year over the past 40 years. In each previous decennial census, a large ramp-up occurred in the “8” year of the decennial cycle. 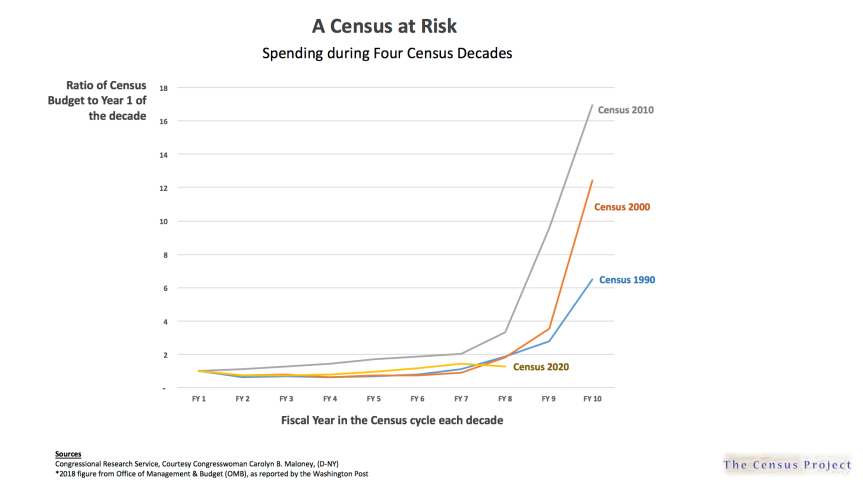 If President Trump’s budget is enacted, the nation could be facing an historic census disaster. It’s up to Congress to save the 2020 Census!

One thought on “Trump Census Budget: Too Little, Too Late”

About The Census Project